Sound on! ⁣
⁣
The broken ground by the yellow square is a squared square based on Roland Percival Sprague’s square which was based on Zbigniew Moroń’s (both of them did the squared square studies about 100 years ago)⁣
⁣
The big rectangle was sliced into aprox. 500 shape layers making a squared rectangle ready to be broken in Newton (and breaking AE several times too)⁣ with some expressions changing the colors + brightness of the pushed squares based on their movement and speed amount⁣
⁣
⁣
I used a combo of Renoise and Logic Pro for the piano melody (had the melody on my head for several days, so I ended up pouring it to the real⁣ world. Once done, it reminds me a bit to the Interstellar score mood)⁣ 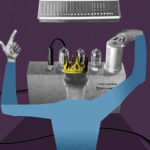 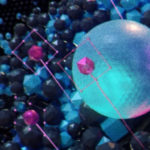