I did the visual development, designs, animation, compo n post, and driving crazy my teammates Melissa Franch and Jordi Alonso, who nailed it at modeling, rigging, 3d shading n sound fx. -For those who aren’t aware of what Fallas is, that’s a celebration made in March in Valencia city (and the cities of the region), where each neighbourhood builds a giant sculpture to be burnt the nite of the 19th March (all almost at the same time, except the Falla Mayor, which is the last to be burnt) –

This year the Falla Mayor has been designed by the artist duo Pichiavo . They did a great job translating their graffiti works to a giant sculpture, so we wanted to homage them in the opening  and also have continuity with the real Fallas, so I added a lite version of their deconstruction of the John Gibson sculpture they did as the main piece. 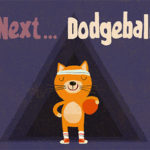 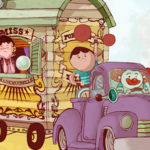