Had the pleasure to join forces with a small team of superb artists to create the new Antiu Xixona Xmas commercial (you will be able to see it on tv if you are in Spain, or over internet if you are anywere on the globe).⁣
⁣
I did the Art Direction, Visual Developement, Character Designs and the town and interiors.
I created the prime and early concepts of the characters in 2d and then the great @borjalgaliano pushed them to the gods realm with his 3d development sculpt of them.
⁣⁣
@marc__guardiola did the Script and Direction (and some vfx and additional environment modeling); @juananvm did the story boards; Jonatan Catalan also the Look Dev, Shading, CG supervision, Grooming & Simulation  @alezzmateo did the Environment Modeling and Shading; @javierperezrodenas Animated the hoomans, who had been Rigged by @bareatorregrosa. And @vincebarriere, @nadiamontero and @carlos_newake added voices sound design and mixing.⁣
⁣
I changed slightly the color grading for this cut, and also changing the radio from originally red to blue and removed the moblurs⁣ 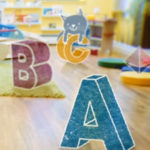